The biological processes that generate emotions depend upon the production of expectation states and their subsequent release. Below I discuss five ways these states determine how we feel, write and impact our readers.
1) Suspense – Unfulfilled Expectation state. One of the most powerful tools a writer has is to keep their reader in a state of suspense. Have an event occur but delay its conclusion. Leave the outcome in suspension. Once you have done so you can increase the tension by adding to the importance of the suspended event. Raise the stakes. One of the best ways is to hint at possible failure modes and their dire consequences if the event concludes badly. The longer the expectation is open, and the more you raise the stakes, the more important it is that you have the ultimate outcome (Release of expectation) have a powerful, dramatic effect on the course of the story.
2) Surprise – Missed Expectation state. When we do anything we subconsciously expect that our proximate world will behave the way we expect. If we go to start our car and it won’t turn over we are surprised, but then we realize we left the lights on etc…In writing we use surprise much more provocatively to jar the reader, and keep them riveted with significant plot twists. The best twists are those that are not random, require the most mental energy to readjust our expectations and release the strongest emotions. If there is a killer in the closet he has a reason to be there (The butler is actually an heir, the police officer is actually the killer and the victims did him wrong as a child, etc…). A good plot twist will often add suspense as the reader has to readjust to the new situation and a whole new set of expectations.
3) Sadness, Disappointment – Negative Outcome of a Positive Expectation state or Negative Outcome of a Negative Expectation state. In writing, character behavior has to be active, i.e. they have to have strong expectations and put their heart into their outcomes. In life bad things happen often at random. In writing when something bad happens it must affect the story. This is best done through expectations and builds on basic surprise. If a character loses a job it is much more dramatic if they are called into the office expecting a raise, but instead they are fired, than if the company randomly decided to close the plant. Expecting bad and getting bad is depressing but not as dramatic as surprise of failure. Expectation should signal strong desires and needs. When these are not fulfilled strong negative emotions are felt and the characters are left shattered. Handled properly this will illicit strong emotional reactions from the reader.
4) Happiness, Satisfaction – Positive Outcome of Negative Expectation state or Success of a Positive Expectation state. Again, having an expectation state surprised, requires the most energy and generates the strongest emotions. When expecting the worst and having the day suddenly saved releases the greatest amount of positive energy. This is why just before the climax always have the darkest moment AKA crisis.
5) Frustration – Unfulfilled Expectation state. Like suspense an event is not concluded, but in the frustrated state the suspense is held too long for the importance of the outcome. Another source of frustration is to have too many unsuccessful attempts to conclude the event. The net result is an unhappy reader.
Posted by Len at 5:59 AM 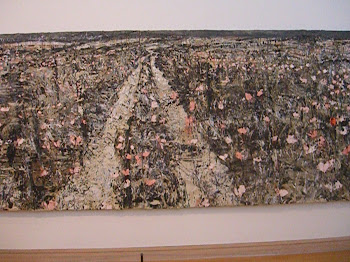